Grace started her music journey at the young age of 3, learning the piano, under the tutelage of Christine Gan where she obtained an ABRSM Grade 8. Since then, her musicality and interest towards music continues to grow. She started out her Guzheng journey at the age of 13 in Paya Lebar Methodist Girls School (Secondary)'s Guzheng Ensemble under the guidance of Mr Thum Soon Boon. She has shown great interest and talent in Guzheng as she pursued Guzheng further in Artstratosphere Music School.

Grace joined the Chengsan Chinese Orchestra in 2014 as their Guzheng and Zhongruan player and participated with the orchestra in various performances such as Esplanade's Beautiful Sunday, at the Istana where President Tony Tan was the Guest-Of-Honour. She also joined the Singapore Foochow Association Chinese Orchestra as their Guzheng and Zhongruan player where she performed a solo Guzheng concerto ‘The Eternal Sorrow of Lin An’ during their debut gala concert.

Grace also participated in the National Arts Council National Chinese Music Competition in 2014 with Jing Ying Chamber Chinese Orchestra as a guest musician under the Chamber Category and clinched a 3rd prize. 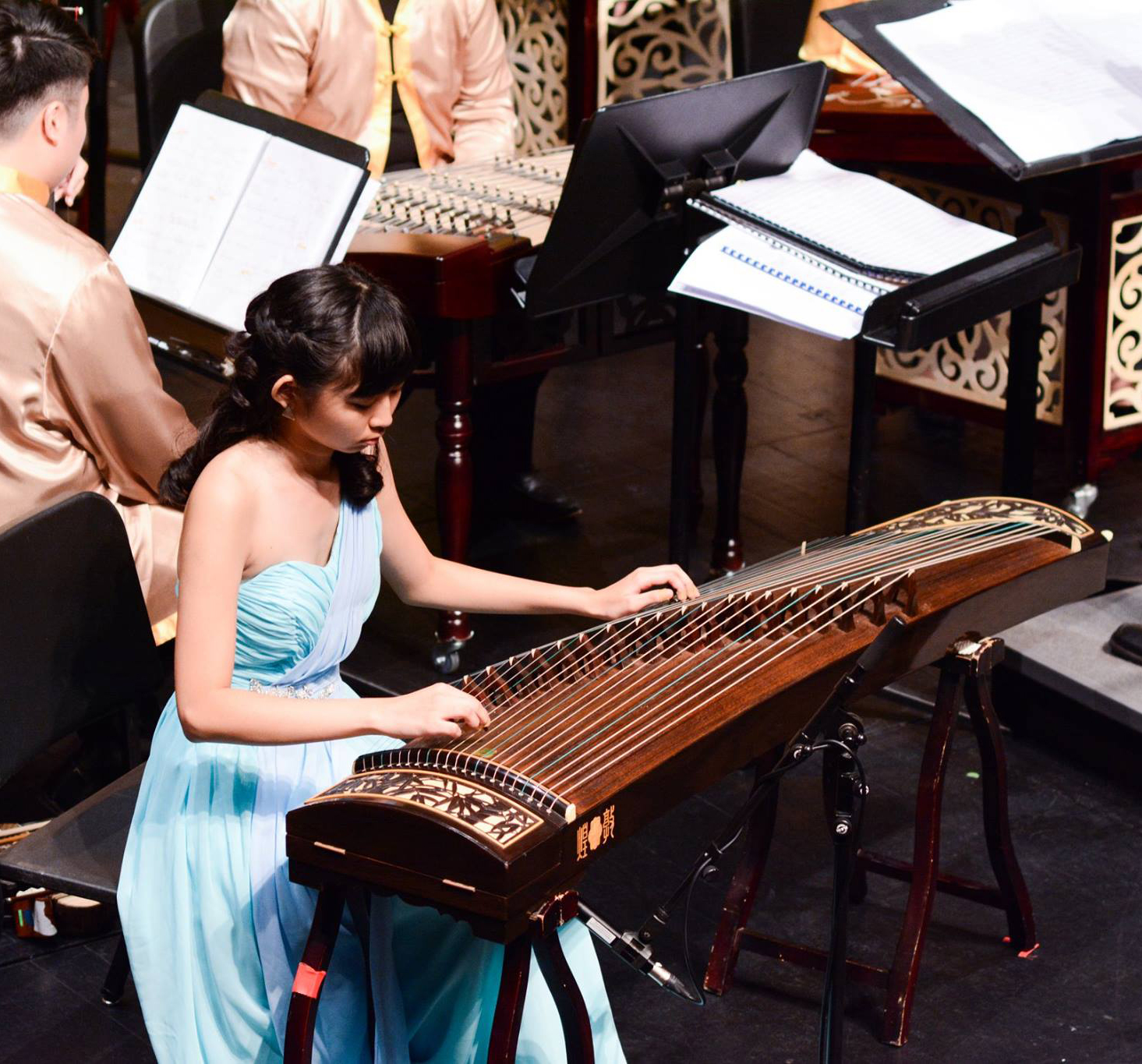 Feeling inspired? Take a one time trial lesson with us!